In this post, I share about the arrival of our new baby calf! Our cow Penelope gave birth on Sunday morning!

Keeping a Milk Cow in Milk

So, one of the things that goes with keeping a milk cow is making sure she has a calf every year or so. This ensures that she has milk. No calf…no milk! This takes some planning, and of course, a bull! We have kept a bull in the past, and have come to the conclusion that they can be an awful lot of trouble!

Our bull was not mean, but word on the street is that Jersey bulls can turn on a dime. Meaning, they are fine one day and the next, they are, well…a RAGING BULL! This is not a risk we are willing to take with lots of kiddos running around. What our bull liked to do was jump the fence. He became quite good at it actually. Nothing is as much fun as a call from the neighbor telling you your bull is in his pasture with his longhorn cows! oOoPs!

Artificial insemination is another option, but we have not had success with that. Besides, at $45 a pop, it can get expensive pretty quickly. You have to know your cow pretty well, be able to call whoever is going to inseminate for you, and they have to get there in the window of time that she is prime for getting pregnant!

Therefore, we have found that renting a bull for a few months makes the most sense. We (with much searching) found a family that was willing to rent us their Jersey Bull. I think they charged us $40 a month, which is a real steal! It only took one month and he was quite efficient! We brought him to the farm back in May or June. We kept him for three months just to make sure. He was quite handsome and Penelope was swept off her feet! Ha! We called him Antonio, because he was so dark and handsome!

Before we sent Antonio back we had the vet come out and check Penelope to make sure she was pregnant. Did you know they do ultrasound on cows? I had no idea! The vet inserted a probe and quickly told us that she was three months pregnant with a heifer (girl) calf! Isn’t that amazing? I didn’t know they could tell the sex and everything! We were delighted and said goodbye to Romeo–I mean Antonio.

The months passed quickly. We had our baby two weeks ago and realized that we would be waiting for another new life very soon! According to our calculations, she should have been calving the first week of March.

We have only had a calf born on the farm one other time. Unfortunately, that calf was stillborn. We were inexperienced and didn’t really know what to look for. This time, we vowed to pay better attention and recognize the signs. Penelope gave us good clues that birth was coming soon.

On Sunday morning, my husband went out to do chores and there she was with a calf! She must have given birth early that morning or late the night before. I had a feeling that something was about to happen with her. The girls went out and checked on her Saturday night. However, it was too dark to really see that well and they thought she was fine. So we don’t know for sure when the calf was born.

Thankfully, the weather is so mild and springlike right now! March can be dicey in the Midwest. In the future, we will try to have her calve in the later spring when the risk of cold and snow is less, and when there is some green grass!

Caring for Mama and the New Calf

Now that the calf is here, we have them penned up in the corral together. The baby is nursing, but Penelope is still so full! However, she is not interested in us milking her. She is still feeling a bit protective and she wants to kick us when we try to milk her!

After trying a few different things, we decided it would be best to leave her alone with the calf for a week or two before we try to milk her again. We were just making her agitated and really making things worse. The vet sees no reason for concern, and doesn’t think she will get mastitis.

Penelope is eating and drinking well. We are supplementing her feed with some molasses. Milk fever can be a concern, and many say it is a calcium deficiency. However, I have read that it is more likely a magnesium deficiency. Magnesium is vital for so many functions in the body, one of the functions being absorption of calcium. Molasses is high in magnesium, and she loves it. She is also getting some mineral cubes and high quality hay. So far she is doing great!

The calf is a heifer, and just as sweet as she can be! I was a bit concerned because she has an under-bite. The vet said there is no problem with that either! I read online and apparently this is very normal in newborn Jersey calves. She will most likely outgrow it in a month or so.

She looks a bit like Mater from Cars in this picture, however we are thinking about naming her Charlotte.

Thank you for stopping by!

I hope you enjoyed a peek at our little calf! We are so happy to share this fun news with you all! As always, thank you for reading!

Here are my other posts on Milk Cows

Can I Talk You Out Of A Milk Cow?

How to Milk a Cow–With VIdeo

Using the deep litter method in your chicken coop saves time and effort, plus it produces excellent compost for your garden. Chicken house maintenance is one of those things that most chicken keepers don’t really enjoy. Chicken poop is really smelly. It’s arguably one of the nastiest smelling substances on earth. Put 50 chickens and… 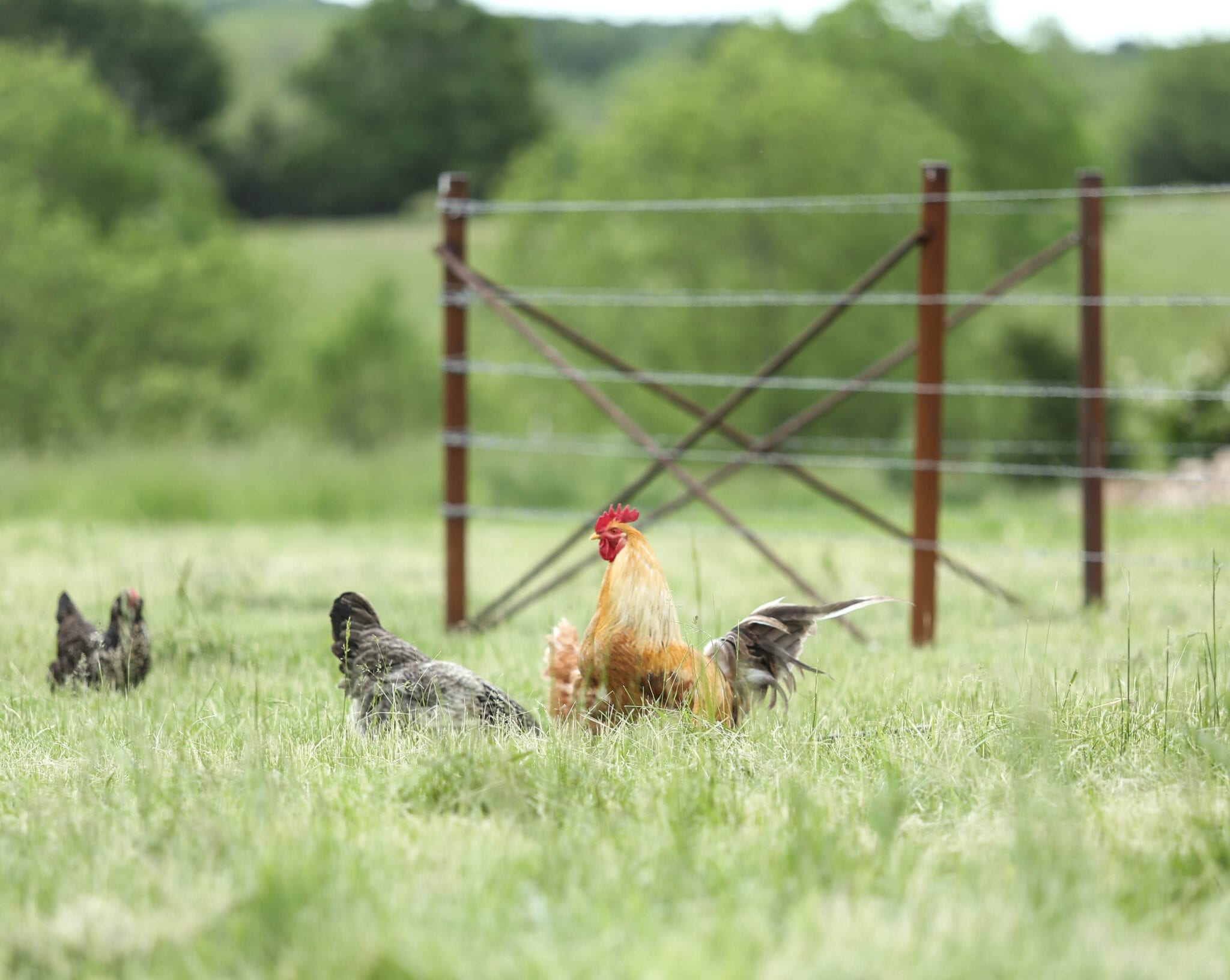 This Spring Farm Tour includes a video! Full Disclosure: The video was edited by my oldest son. All humor is his own! I will write a bit in this post about each animal, but most of the information is in the video. This post contains affiliate links. I thought it would be fun to take… 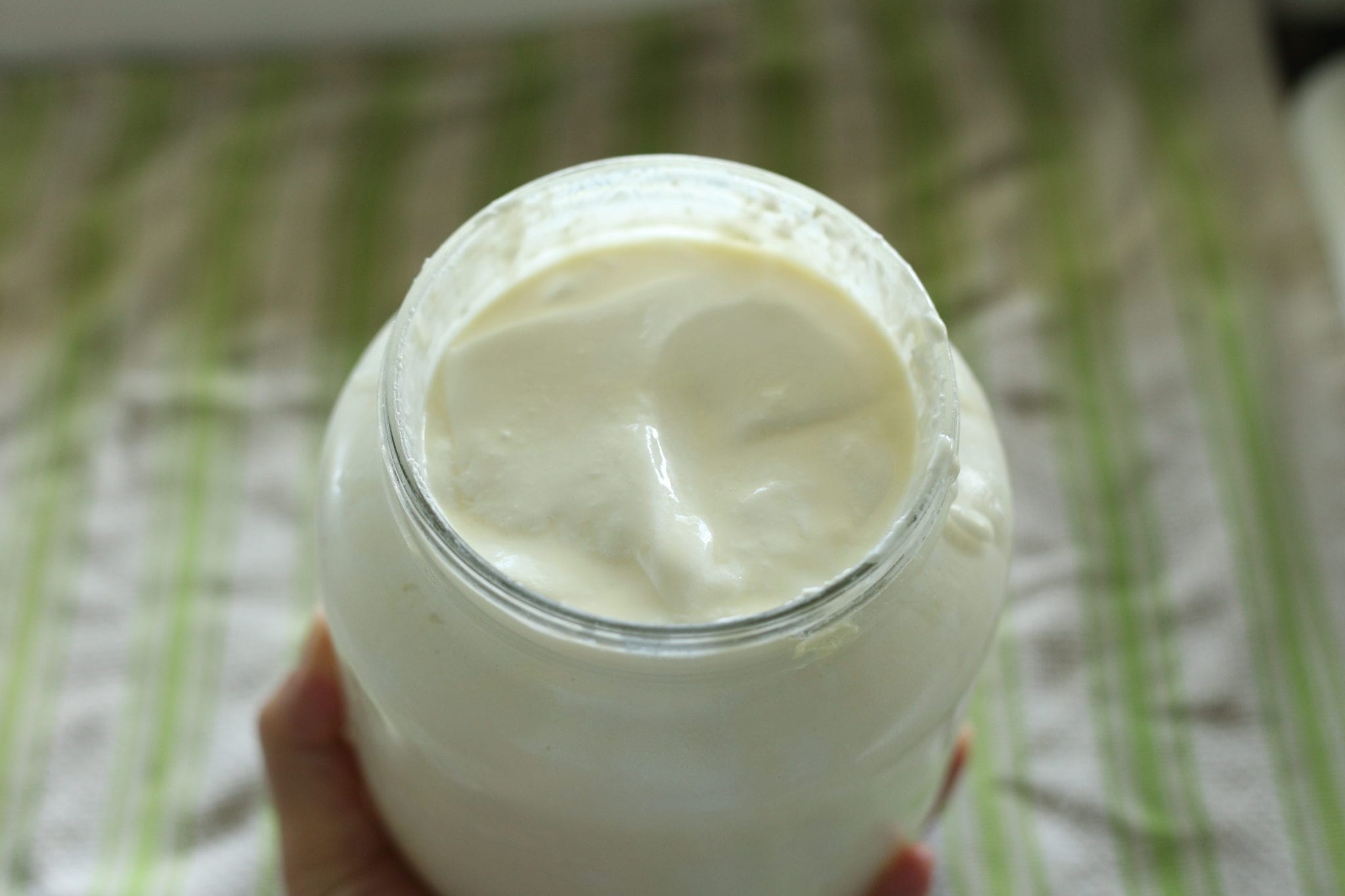 Since we started off the week talking about gut health in this post on Fermenting Carrots, I thought we would end on that topic too. Homemade yogurt is a great way to get some probiotics in your gut! I have been making yogurt for many, many years. However, the Instant Pot has made it so… 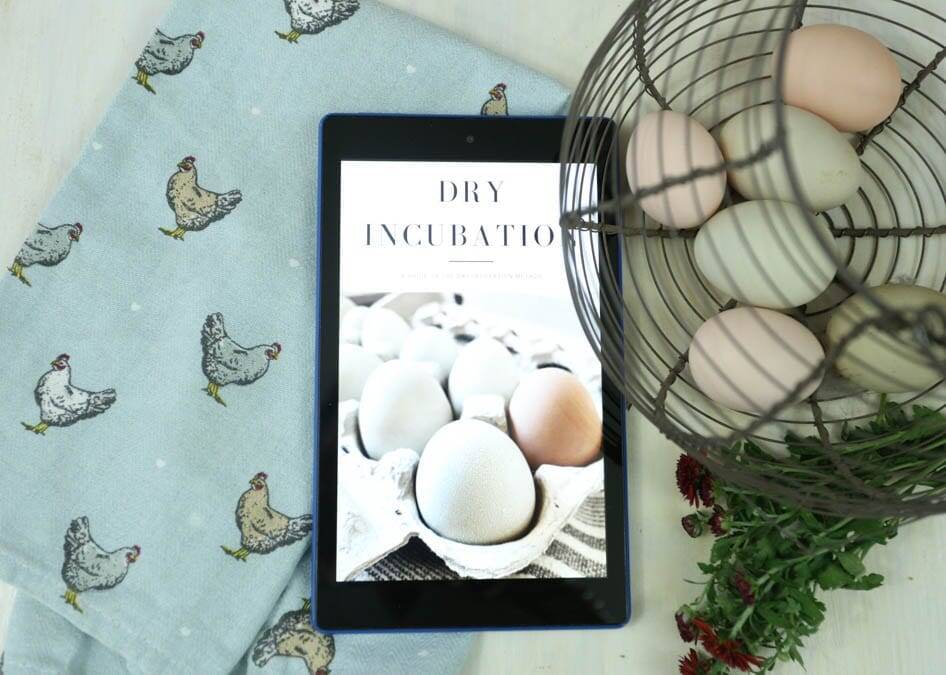 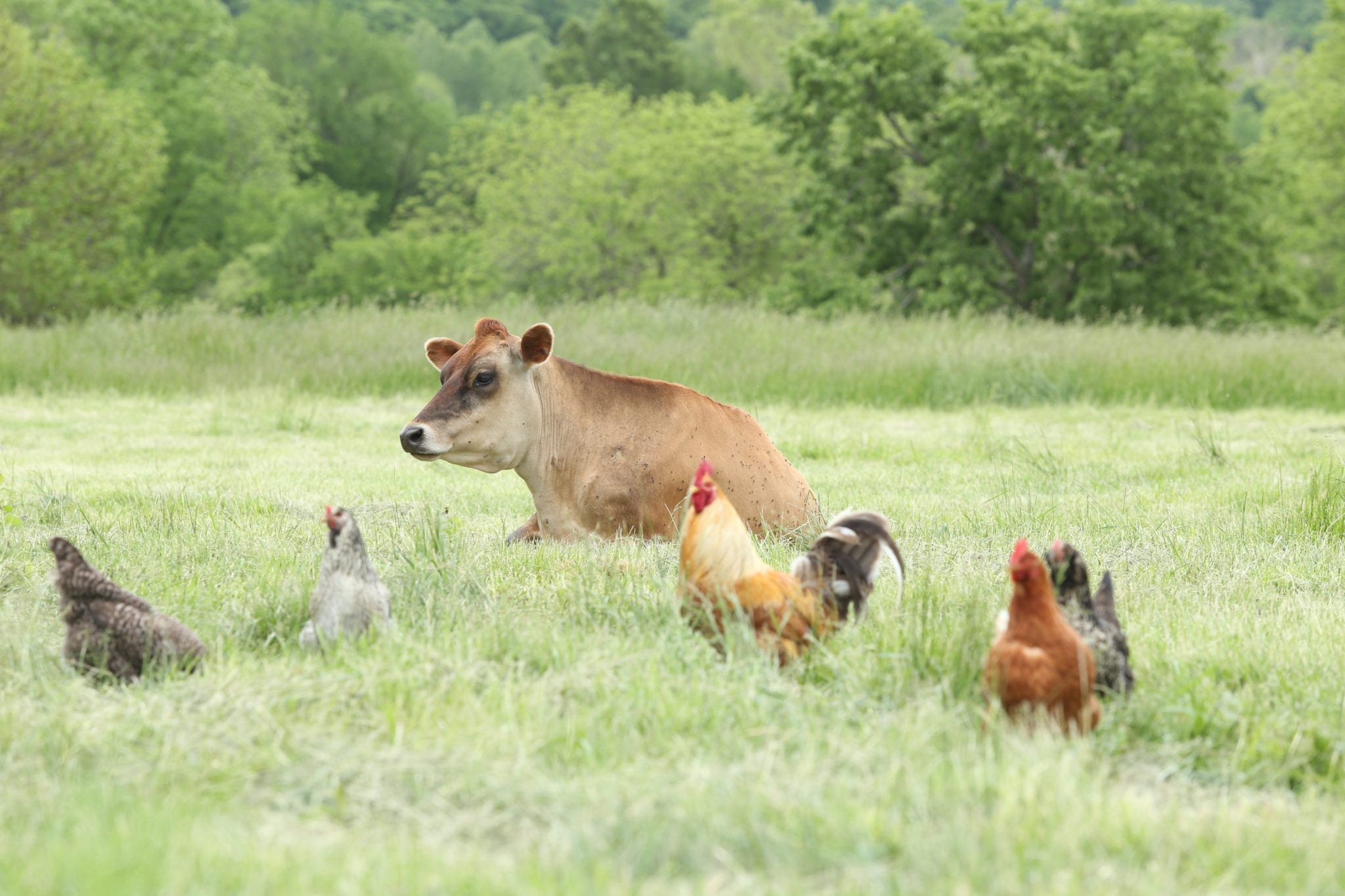 What does it mean to homestead? Well, by definition, I don’t believe we are really using the word properly. An actual homestead is just the place of one’s residence. Let’s look at how we use the word today, and what it really means to us. This post may contain affiliate links. A Homesteading Series A… 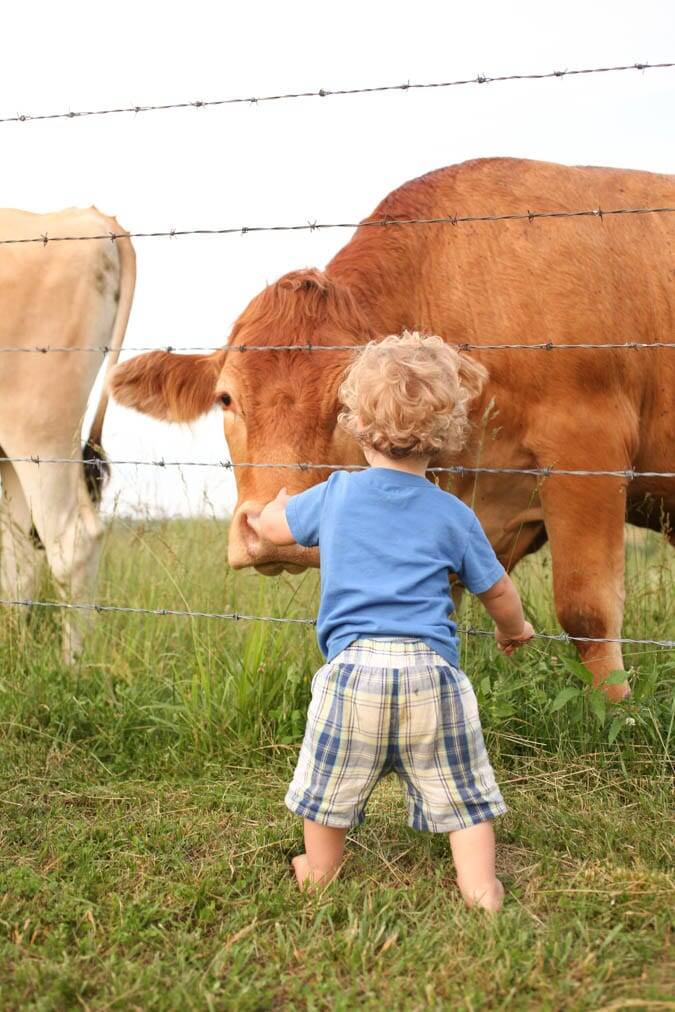 Homemade fly repellant spray for livestock is easy to make and can make your animals a little more comfortable. This post contains affilate links Avoid Assault By Cow Tail Ok, let’s be honest. The worst part of milking a cow is getting whacked in the face with her tail. If there is one thing that…