Five Things Friday is just a post of five random things that I’m loving, or think are worth sharing with you all! I hope you enjoy the randomness!

We read this verse for Bible lesson this morning and it was so timely with what we have going on in our country and in the world.

I Thessalonians 3:1-2 Finally, brethren, pray for us that the word of the lord may have free course, and be glorified, even as it is with you: And that we may be delivered from unreasonable and wicked men: for all men have not faith.

Did you see that second part, that we may be delivered from unreasonable and wicked men? I will share with you what my husband expounded on these verses for our family:

We saw yesterday that Paul wanted them to pray that the word of God would have free course and that the hearers would receive the word as truth like they did.  The second thing that he wanted them to pray for, which is tied to the first point too, is that they would be delivered from unreasonable and wicked men.  There are men who are unreasonable in what they require you to believe.  They are dead set against the gospel and against seeing God move in any way, shape, or form.  They want things to stay just the way they are and not change a bit.  Or, the other side of that is that they are really control freaks and want to have all the control.

We are seeing headlines about one man who is being quite unreasonable right now in Canada.  Canadian truckers have formed a blockade that is stopping one of their busiest border crossings to try to get his attention.  All they are asking for is a date for when the COVID mandates that he laid down are going to stop.  They aren’t even demanding that it stop today, but what I have seen and heard them debating in their parliament is just give us a date or some other line in the sand that will end the mandates.  He is refusing to even listen to their request and instead is demanding that they end the blockade now and isn’t even willing to negotiate in the least.  That is unreasonable.

When it comes to preaching truth publicly and things like that, there are also a lot of unreasonable men.  In really in any communist country, the leaders all become, historically, unreasonable.  They are told that people cannot worship and they are to be thrown in prison or killed if they do…no questions asked.  You couldn’t teach your children in your own home or even have a Bible in your home because that might lead to worship.  That is unreasonable.  This is the kind of thing that Paul wanted them to pray against.  Paul wanted the men to at least listen to the gospel and listen to what he had to say before they tried to hang him in the town square, but that wasn’t always the case.  In Ephesus, once the silversmiths figured out that their business was going to plummet if people listened to Paul, they would stop at nothing to get him out of there.  They became unreasonable and were willing to do any kind of wickedness to get Paul out of their city and out of their region.

There are still plenty of unreasonable men in positions of power in this world, and we need to hit our knees and lift up our voices to heaven on behalf of those that are laboring for the gospel in their realms.  We can move God to supernaturally step in and work miracles as He has done in the past.  We can pray that those unreasonable men get born again and join our side!  That is what happened to Saul who might have been the most unreasonable man out there!  But, when he did accept the truth, he became a force FOR the gospel and that is what we want.  That is what Paul wanted them to pray for because he didn’t like to go up against his old self.  Instead, he was looking to join forces with others like him and turn the world to Jesus Christ! The gospel is the power of God unto salvation for all men, but men have to be willing to use reason and believe the gospel in order to be saved.  We need to pray to that end!

Ok, you might think I’m a total dork…that’s ok, I am. But I absolutely love Jazzercise! If you don’t know what Jazzercise is, it is a dance-based, aerobic, and strength training exercise format. However, I define it as FUN!

My mom and I used to be die-hard Jazzercisers about 20 years ago! After I got married, moved away, and started having children, Jazzercise fell by the wayside. Any time I looked into it, there wasn’t a studio near where we lived. So I resorted to running, walking, and doing whatever I could to stay active.

One day a few weeks ago I went out for a run and it struck me that I really don’t love running. I get bored with it and don’t really push myself as I should. Jazzercise popped into my mind and I decided to look it up and see if there was one near me. There wasn’t but I discovered something even better for me!

Jazzercise on Demand!! It’s a collection of loads of recorded videos of Jazzercise workouts. I have been doing it faithfully for nearly a month and I feel AMAZING!!! The workouts are anywhere from 20-50 minutes or so.

So, if you are looking for a fun way to work out in your own home, you can use this code HEARTYOU until the 25th and get your first month for $13. I don’t get anything for recommending this, just the joy of knowing there may be other people taking their heart health seriously! The regular prices are $24.99 a month, or $200 for a year which is like 30% off. I started off with the free trial.

My teenage daughters love coffee house coffee. I tell them that they act like spoiled rich girls, which they are not! Anyway, I have also kind of acquired a taste for a good latte…those girls are a bad influence!

So….we bought an espresso machine! Not a $15,000 professional one or anything, we bought this one. I know looks pretty expensive too, however, we got it on sale and we had a bunch of Amazon points so I didn’t actually “pay” very much for it.

It really does make a good latte or cappuccino. Plus it’s one of those special treat things that’s fun to look forward to!

Our Dexter has not yet calved! Probably a good thing with the weather we are having right now. Another surprise though is that last week we suddenly noticed that one of our dogs looked remarkably plump and looked as though she was ready to nurse puppies! UH-OH!

This dog showed up at our house sometime last summer, she just ran down the lane across our yard and parked herself on the back patio like “I’m home!” We tried to find where she came from with no luck. She was immediately protective of our children and just acted as she belonged here. So, we let her stay. We wondered if she was fixed and made a mental note to get that checked.

As time went on we figured she must have been fixed as she never showed signs of being in heat. Turns out we were wrong! Does anyone want a puppy? They should be here any time!

Did You See the Egg-Spiration?

There’s a new post up that is part of a blog hop, you can find it here. So many great egg inspired craft ideas! My idea is there and then there are nine other bloggers sharing their beautiful and creative ideas for spring egg crafts!

That’s it for Today! Have a Great Weekend!! 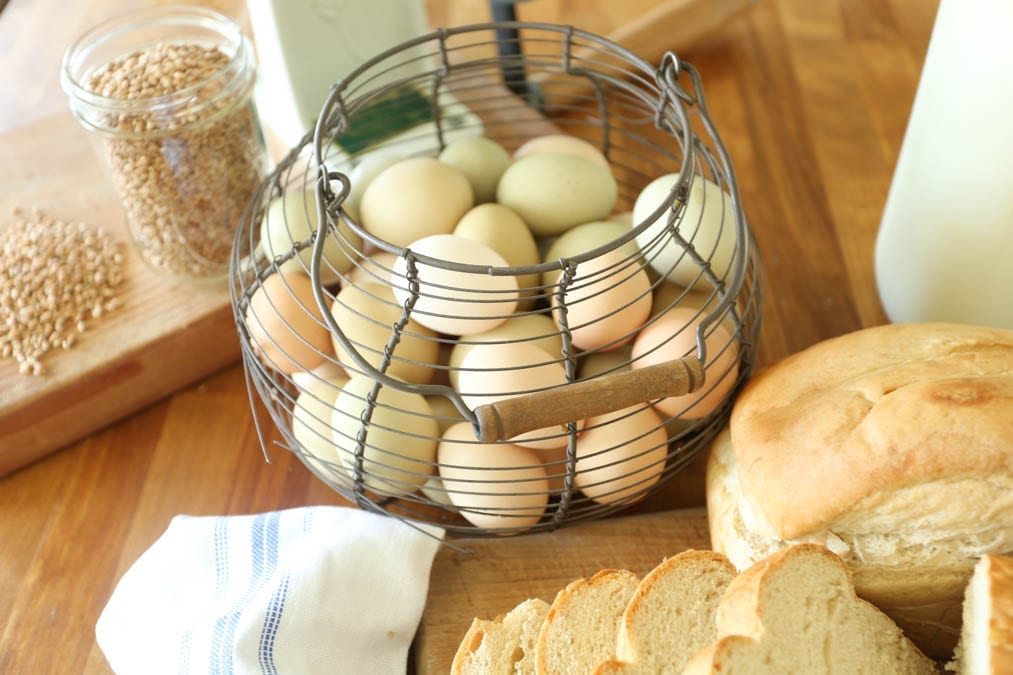 Every wise woman buildeth her house; but the foolish plucketh it down with her hands. Proverbs 14:1 Is homemaking really of value anymore? Isn’t it an outdated notion? Haven’t we got beyond this as a society? Isn’t homemaking just cleaning and cooking? Let’s look at this together and see what it is to be a…

Hey there! It’s time for a Five Things Friday! This is where I share random things from my life and from around that web that I’m loving or that I want to share! I hope you enjoy the randomness! 1. Proverbs 13:24-25: “The father of the righteous shall greatly rejoice: and he that begetteth a… 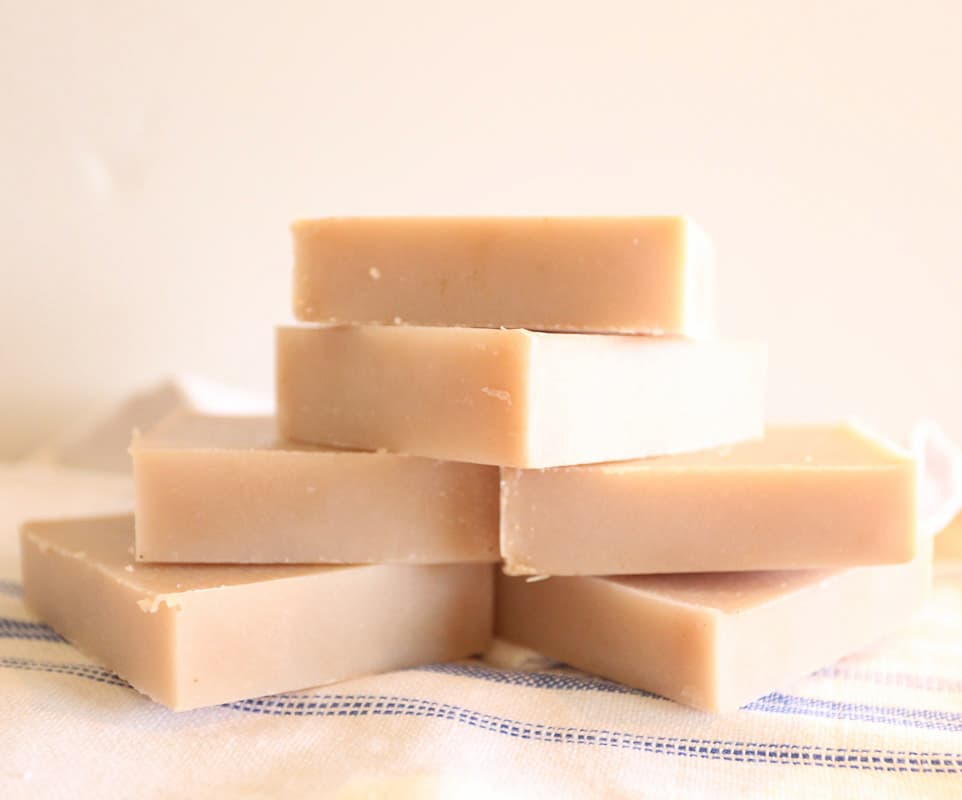 Lard Soap recipe with extra bubbles. Soap made with lard is affordable and nourishing to your skin. Lard is an easily accessible fat that makes a wonderful bar of soap! While lard is definitely an old-fashioned soap ingredient, this recipe has a bit of a modern take with coconut and castor oils for extra bubbles!… 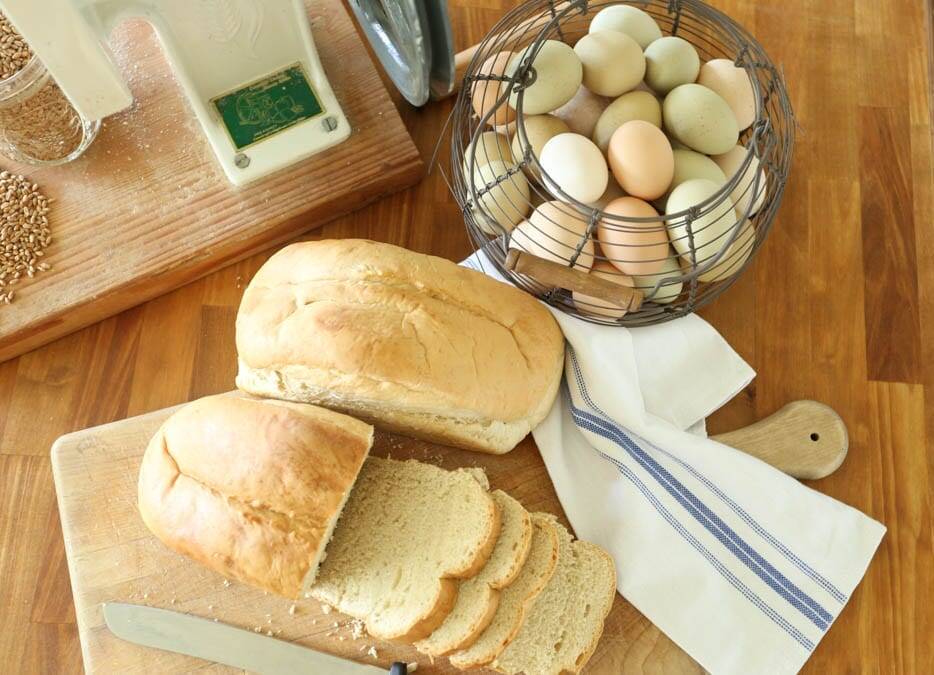 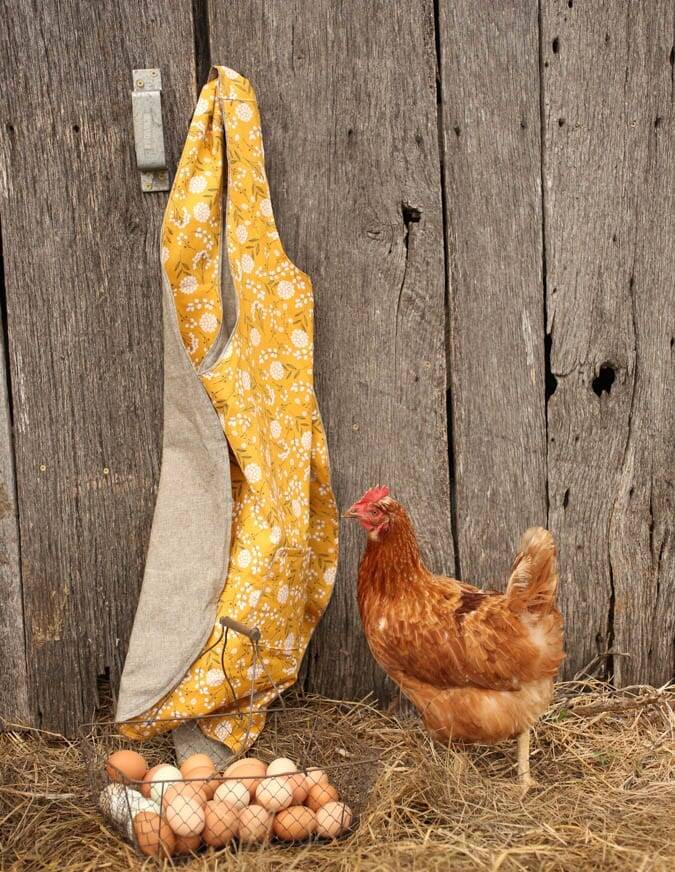 What exactly is simple living? We hear this term so much these days, but what does it mean and how do we live simply in this modern-day? Simple living is really what you make it. For some, this means getting back to an old-fashioned way of living. Making your own food from scratch, gardening, maybe… 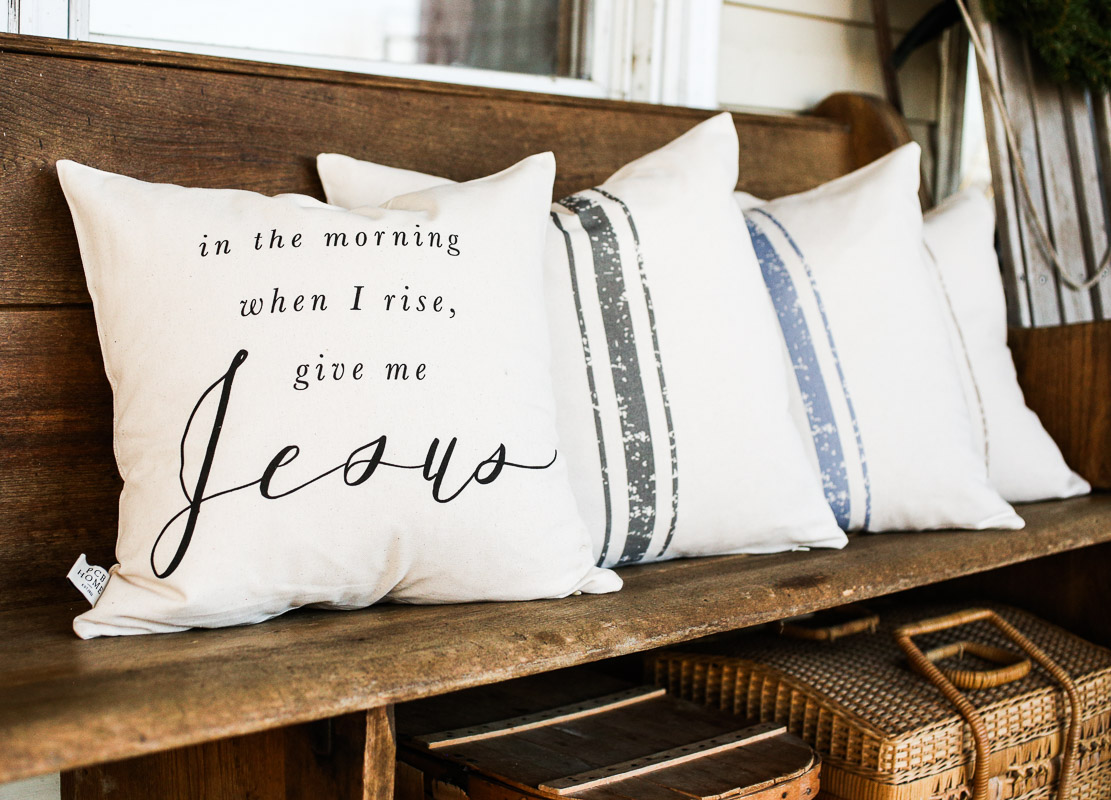